Nikolaj Kunsthal has since the mid-1990’s shown experimental and debate-generating international contemporary art in a unique setting in the center of Copenhagen. The art center is located in the former Nikolaj Church that has served an important function in the city since the 1200’s – close to the Walking Street and visible in the cityscape with one of the city’s tallest towers.

Nikolaj Kunsthal shows international art with an emphasis on present-day political, social and cultura l conditions.The art center intends with its exhibitions to embody (put into perspective) the phenomena that epitomize the public consciousness and the individual's reality. But the art center's role is also to challenge the mainstream with substantial but neglected artists and themes. With its low entrance fee and its central location, Nikolaj Kunsthal is a space for all with room for challenging ideas, reflection and contemplation.

Nikolaj Kunsthal is located in the old St. Nicolai Church, the city's third oldest church dating back to the early 1200s. After the Great Fire of Copenhagen in 1795 Nicholas ceased to function as a church. Since then there have been a host of activities at the address; from butcher stalls and a fire station to a Naval Museum and Copenhagen’s main library. Art pioneer Knud Pedersen established an art library in the building in 1957, where one could borrow works of art, and since then its function has been linked to art.

Nikolaj Kunsthal shows 6-8 exhibitions annually with major Danish and international artists. Nikolaj is also engaged in outreach projects that engage new user groups in contemporary art and annually organize an exhibition aimed at children and young people. Nikolaj is behind the annual FOCUS video art festival that brings international video art to Copenhagen and supports emerging talent. Part of Nikolaj Kunsthal's mission is also to show artists from non-Western cultures as well as artists who are experimenting with new technologies and interdisciplinary art forms. Under the heading "Tower Sessions" there are performances, debates, screenings and lectures, where art
ists and other cultural stakeholders and researchers present ideas and projects. 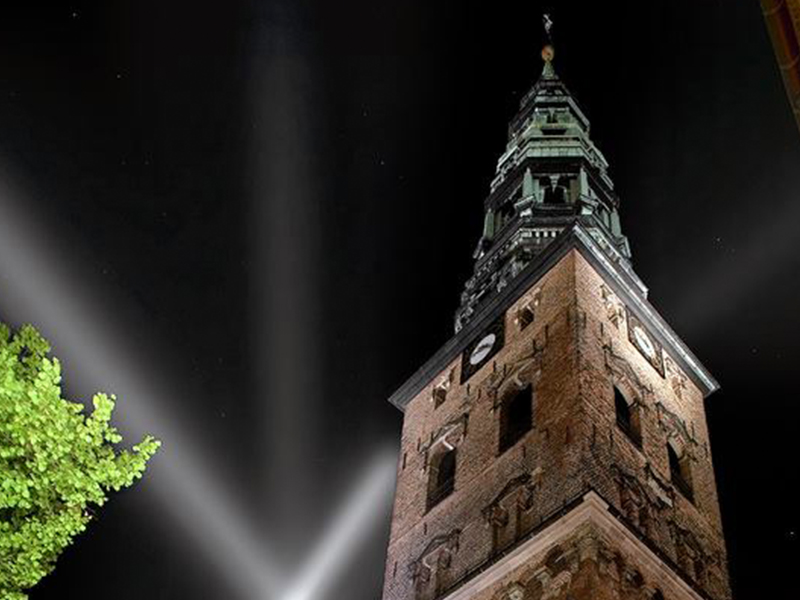