BRANDTS 13 is part of the institution Brandts; Odense and Funen's largest art museum. Located in the old museumbuilding at Jernbanegade 13, the art center presents a program of new and experimental Danish and foreign art. BRANDTS is the first art museum in Denmark that includes an art center. BRANDTS 13 carries on the tradition from Brandts Art Center and the Museum of Photographic Art by showing a number of significant, new names on the Danish art-scene and from the rest of the world.

Until July 1st, 2013 Brandts consisted of three institutions: Brandts Art Center, The Museum of Photographic Art and the Media Museum. Each of these institutions had their own boards and directors. On July 1st, 2013 the three merged into one art institution, which annually present up to 20 changing exhibitions of Danish and international art, photo art and media history.

Brandts has an area of approximately 5,000 m2 for exhibitions, collections, the Brandts Shop and for dissemination. BRANDTS 13 carries on Brandt’s Art Centers position. With a strong network with other art centers and museums around the world, it has for many years been a hall mark of Brandts to show artists who are on track for an international breakthrough. Central to the profile are the three annual solo exhibitions with international profiles, and an annually recurring event; the graduation exhibition from The Funen Academy of Art. 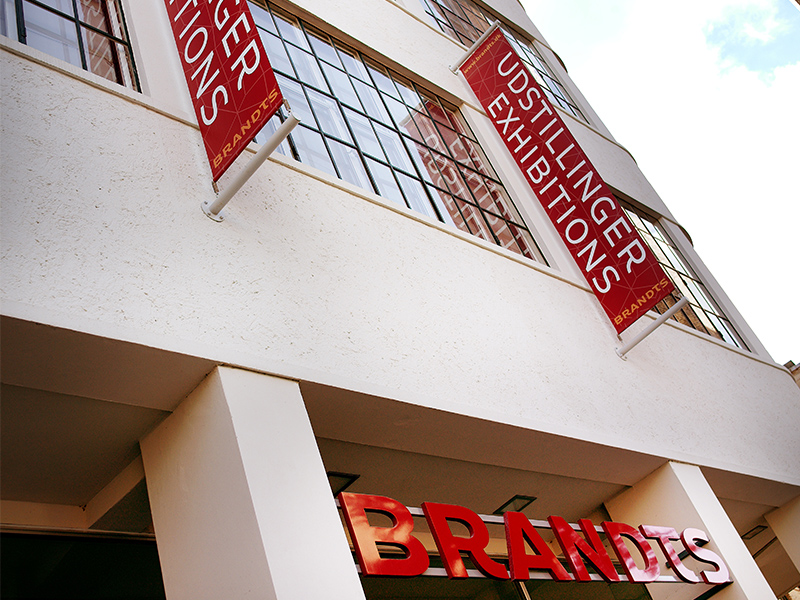